Orignial version of AmigaOS required the Motorola 68000 series of 16-bit and 32-bit microprocessors. Then Hyperion Entertainment approached Amiga Inc in 2001 to make a port of AmigaOS to a PowerPC microprocessor.

AmigaOS is a single-user operating system based on a preemptive multitasking kernel, called Exec.

The Amiga intellectual property is fragmented between Amiga Inc., Cloanto, and Hyperion Entertainment. The copyrights for works created up to 1993 are owned by Cloanto.[1][2]

AmigaOS 4 has had a difficult life, in 2001 Hyperion and Amiga Inc entered an agreement to allow Hyperion to develop a PowerPC version of AmigaOS, based on the source code of AmigaOS3.1. Amiga Inc at this time had decided to focus on its Amiga Anywhere platform. It was hoped that a port could be produced in short order, even Hyperion claimed it could be done in 4 months, however a Developer Pre-Release did not arrive until Oct 2004, after 3 years of development. It would take a further 2 years, before a final release in Dec 2006 was AmigaOS4 no longer considered a work in progress / beta Operating System.

Unfortunately by the time OS4 was more ready for end users, its main hardware partner, Eyetech pulled out of the Amiga market in 2006.

AmigaOS4.1 arrived in 2008 which continued to improve the OS feature set and added support for new hardware partner ACube and its Sam systems. Later ports were made to A-EON AmigaONE X1000. 2014 saw the release of the so called final edition of AmigaOS4.1 again making minor improvements and features for the OS. Since this release very few updates have been released and the only ongoing work of the OS seemed to be the porting of the OS to new hardware, such as AmigaONE X5000 and A1222.

2015 and onwards critical parts and third party tools that were part of the OS seemed to changed ownership and management over to A-Eon for its Enhanced Software package.

AmigaOS4.2 was announced in 2012 as part of the AmigaONE X1000 development and its main promised feature was to make the AmigaOS finally a multi core supported OS, now that it was on hardware with a dual core cpu and the whole computer industry was moving in that direction.

Its a shame that not just slow development has plagued AmigaOS4 but also legal disputes haven't helped, during its development Amiga Inc and Hyperion sued each other over the rights of AmigaOS4, https://en.wikipedia.org/wiki/History_of_the_AmigaOS_4_dispute .This was settled and Hyperion was awarded ownership of AmigaOS4. However 2018 a new lawsuit started between Cloanto and Hyperion over the rights to the ownership of AmigaOS3.1 source code and whether or not the original settlement between Hyperion and Amiga inc allowed the development and release of OS3.1.2 / OS3.2 this could also indirectly affect AmigaOS4 future developments.

But again it wasn't just Legal problems for AmigaOS4, different companies and developers had different views on the future of the platform and so what was and still is a small market got split, MorphOs and Aros systems arrived at a similar time for the Amiga market and some developers chose to support them platforms over OS4, 2006 to 2008 was consider the Red Vs Blue Wars of which platform was better, this didn't help the overall Amiga community at all with so much trolling and hating a lot users and developers decide to just leave the platform/market altogether.

It feels like the Amiga curse is well and truly present for the AmigaOS4.x with its doggy history. It's a real shame that AmigaOS4 never really felt like it had the right resources behind it, but on the whole it is a good stable platform today, and does represent how AmigaOS could still be a useful, good and most importantly fun Operating System. 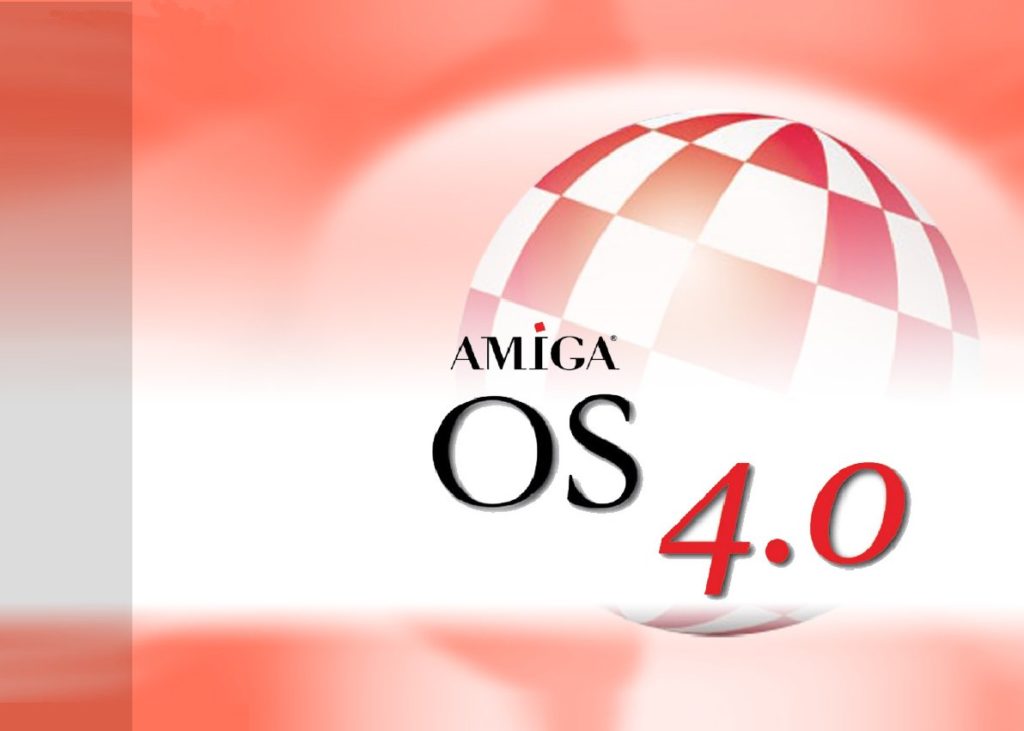 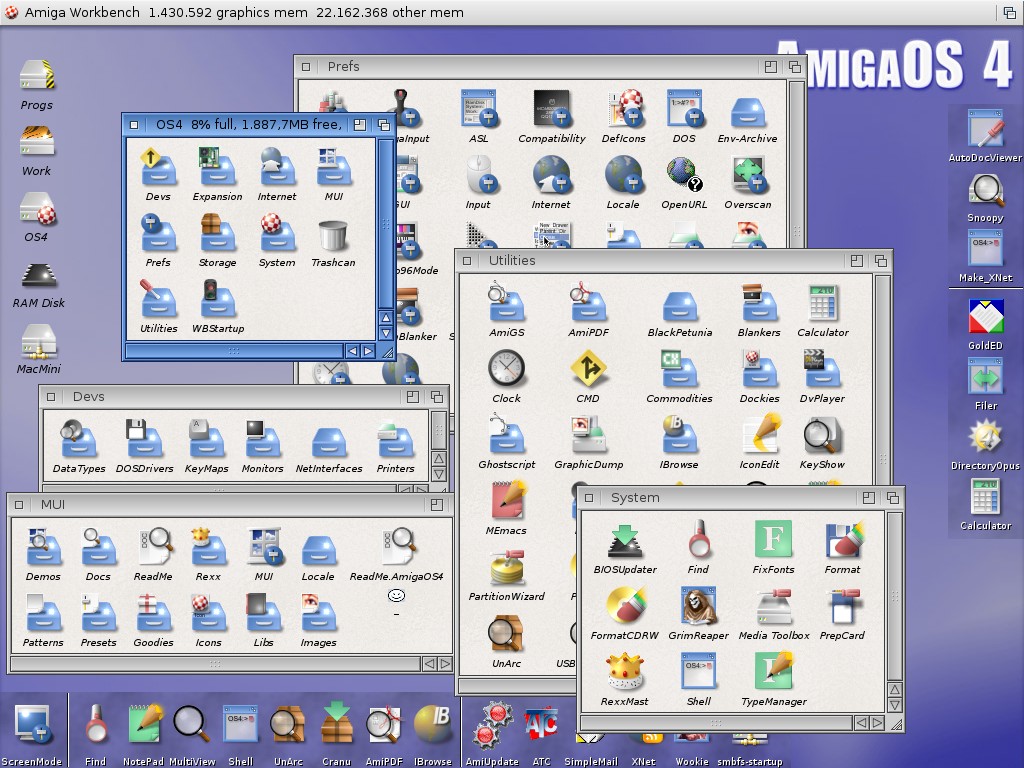 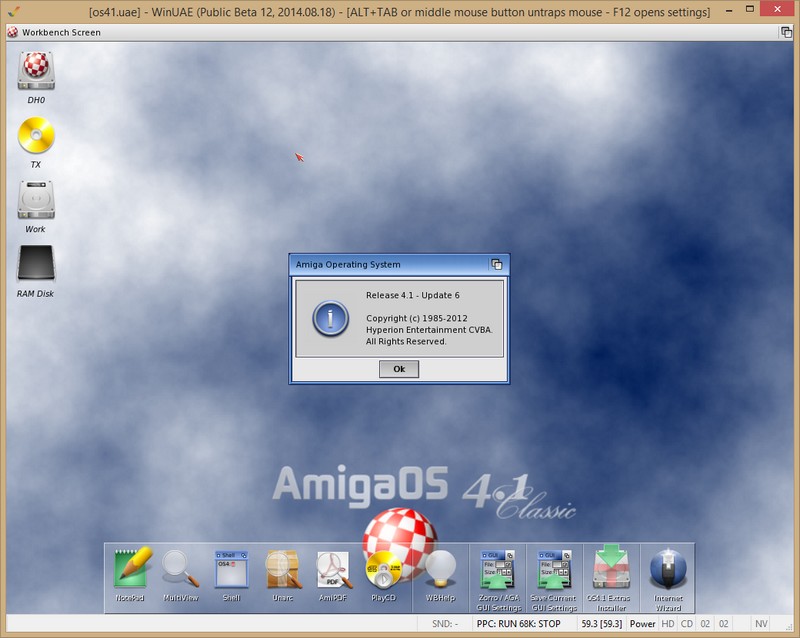 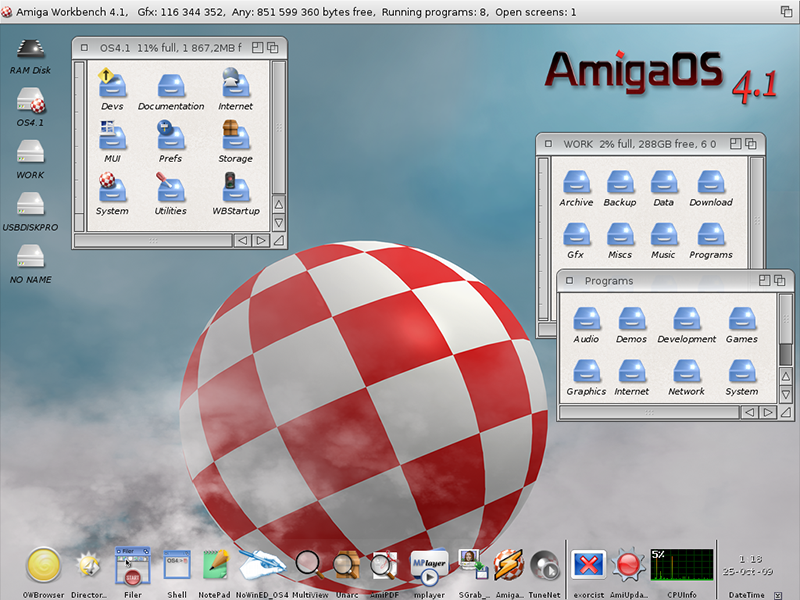 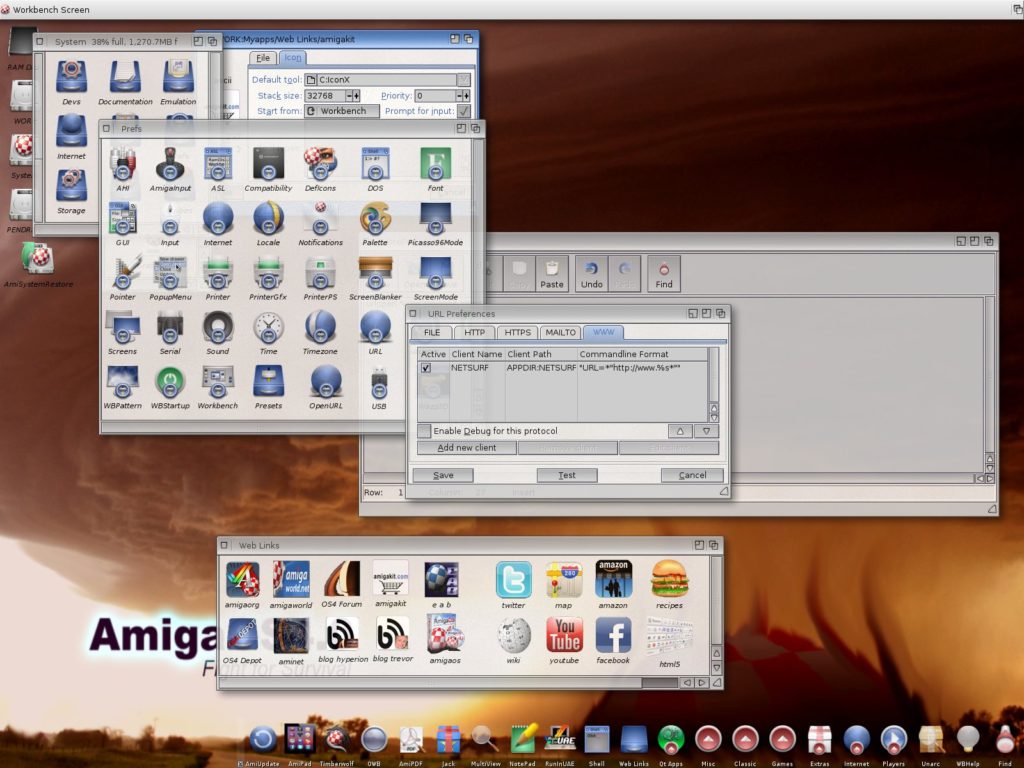 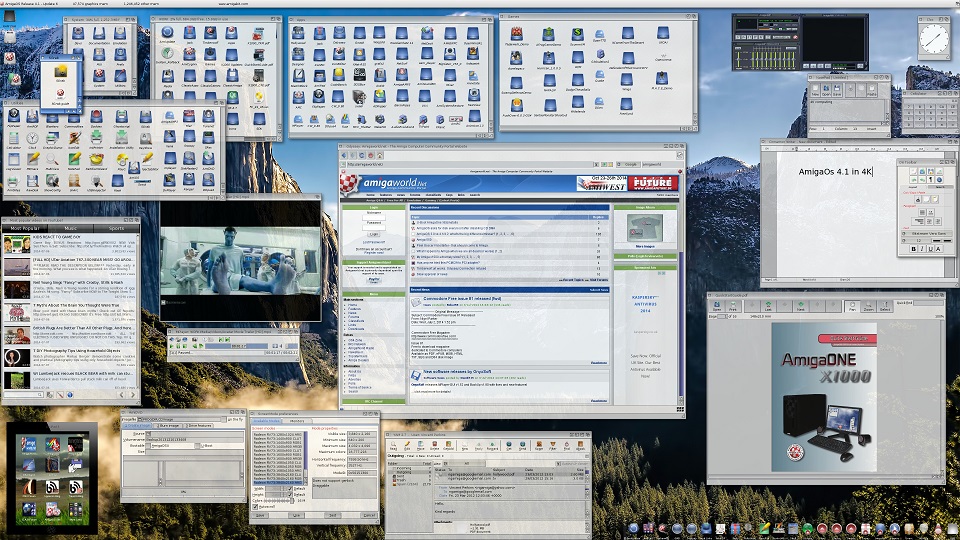 The current version of AmigaOS came out in December 2014, named AmigaOS 4.1 Final Edition, this was launched 8 years after OS4.1. It has received a few small updates and two larger patches known as Update 1 and Update 2, Update 2 came out 23rd December 2020.