During 2006 and 07, AmigaOS4 had a very tough life, just when AmigaOS4 was evolving into a stable operating system, Eyetech pulled out of the Amiga market, this left the Amiga community struggling to survive on the few AmigaONE machine that had been made, also these boards proved unreliable so a new solution would be needed, due to the contract between Amiga Inc and Hyperion, Eyetech was the only official hardware company allowed to develop new hardware for the AmigaOS.

This lead to a legal battle between Amiga Inc and Hyperion for the next 2 years over what hardware the AmigaOS could be allowed to run on and who actually owned the OS. Hyperion partnered with Acube to distribute AmigaOS 4 software, at the same time they announced a new PPC motherboard, named the Sam, there was much speculation as to whether or not it would run the AmigaOS. At the end of 2008 we had the answer, AmigaOS4 would support the Sam440ep. This was very good news as it finally gave the Amiga new and reliable hardware for AmigaOS to be sold on. This was soon followed by an overclocked version of the Sam440ep, many claimed the Sam was underpowered for OS4 at just 533mhz, being less powerful than most Eyetechs AmigaONE systems. There were also calls for more expandability options, as the original Sam440 only featured one PCI slot, most people were using this for a better graphics card than the integrated one that came with the system.

This lead to the Sam440ep flex which offered three PCI slots and was sold with a higher clock rate by default, offered more Ram options and was ever so slightly cheaper, both system supported the newly released AmigaOS 4.1 and have become the main stream systems used by Amiga users for developing and using the AmigaOS. In April 2010 it was announced another new Sam motherboard was in development, this would feature a faster processor, running at 1Ghz, offer PCI express and SATA2 connection. This became the Sam460ex which featured the Applied micro PPC-460ex SOC chip clocked at 1.1Ghz, on board graphics (Silicon Motion SM502 64mb) and 5.1 audio this machine also offered PCIe 1x and 4x and was a sensible upgrade to the 440 sam which shortly after this release ended production. However it cost was £800 so Acube quickly released the Sam460ex lite which down clocked the CPU to 1Ghz and only offered 512mb Ram, released at £680. This was a short lived product however as Acube introduced the Sam460cr which aimed to cut the costs even further by removing the onboard graphics, sound chip and only had 1 SATA port.

In 2011 complete systems were being offered under the brand name of AmigaONE 500 which featured the Sam460ex board, 2Gb Ram, 500Gb HD, DVD drive, AmigaONE Mouse, Case and AmigaOS4.1. Unexpectedly after the Sam460 had largely been out of stock / production for the last few years, Acube announced in Feb 2022 a small new supply of boards named Sam460LE, clocked at 1.1Ghz CPU priced at 735euros. 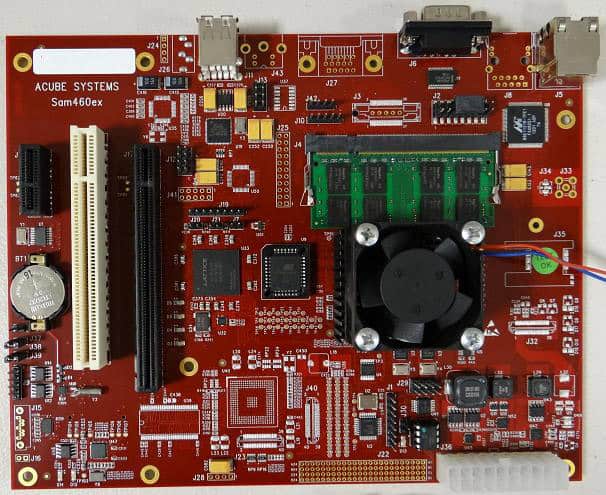 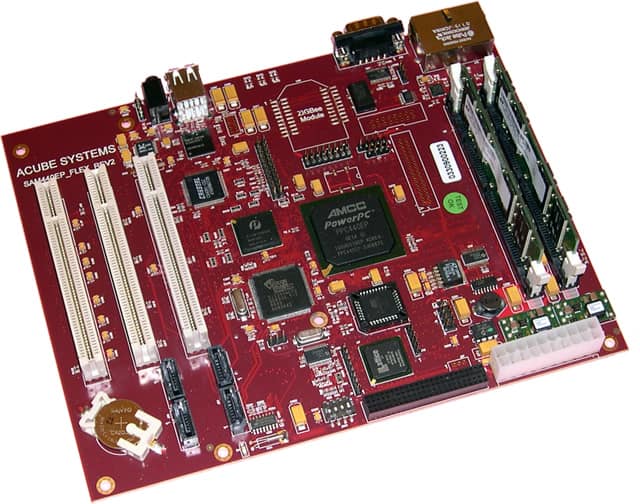 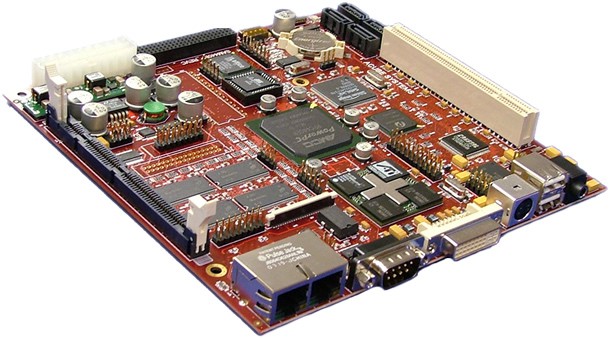 All the Sam motherboards are fully supported by Hyperion AmigaOS, the OS performance on the system has been one to raise questions on how good the system is, however a number of update and over clocked systems has improved the performance on the original Sam440 boards. AmigaOS was not the first OS on the system however, a port of Debian Linux also has been made available for the machine, as well as dual booting support for people wishing to run both Linux and the AmigaOS. AROS, an Amiga inspired OS was also ported to the machine.