From wikipeidea "AmigaOS is a family of proprietary native operating systems of the Amiga and AmigaOne personal computers. It was developed first by Commodore International and introduced with the launch of the first Amiga, the Amiga 1000, in 1985. Early versions of AmigaOS required the Motorola 68000 series of 16-bit and 32-bit microprocessors. Later versions were developed by Haage & Partner (AmigaOS 3.5 and 3.9) and then Hyperion Entertainment (who are also the develops 4.x) decied to make updates to AmigaOS 3.1 that became known as AmigaOS 3.1.4, which was released 30th September 2018.

After the success of AmigaOS3.1.4 work began on AmigaOS 3.2, with even more features planned, this was released May 15th 2021.

AmigaOS is a single-user operating system based on a preemptive multitasking kernel, called Exec.

The Amiga intellectual property is fragmented between Amiga Inc., Cloanto, and Hyperion Entertainment. The copyrights for works created up to 1993 are owned by Cloanto.[1][2] In 2001, Amiga Inc. contracted AmigaOS 4 development to Hyperion Entertainment and, in 2009 they granted Hyperion an exclusive, perpetual, worldwide license to AmigaOS 3.1 in order to develop and market AmigaOS 4 and is currently in dispute as to weather this included making AmigaOS 3.1.4 or subsequent versions." 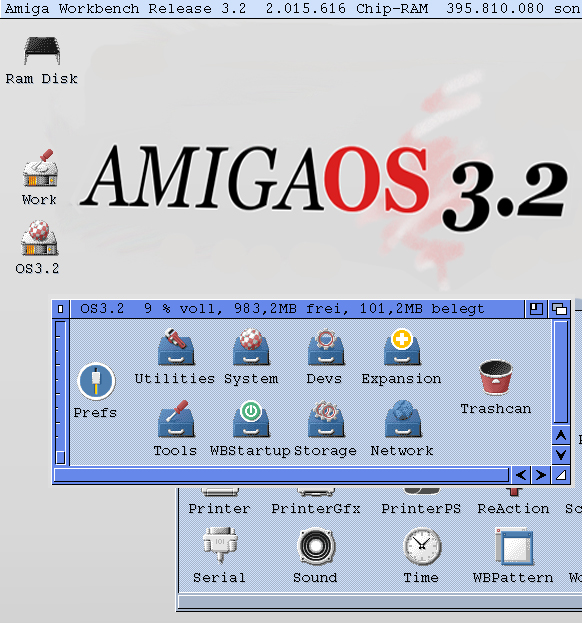 After the release and success of AmigaOS 3.1.4 Hyperion decided to commission AmigaOS 3.2, with over 100 new or updated features made to the OS, hightlighted features:-

Shipped on CD with ADF images and Kickstart Roms included on the CD. A downloadable version is also available. Certain retails will be making Pre-burnt Roms available and even Floppy disk or Pre-Formated CF cards from selected retailers. You can find out more on hyperion offical release post here

On December 21st 2021 AmigaOS 3.2.1 was released, the first free patch for the OS, it contained a number of small bugs fixs and features, list and discuss here 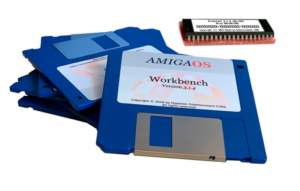 The new, cleaned-up, polished Amiga operating system for your 68K machine fixes all the small annoyances that have piled up over the years. Originally intended as a bug-fix release, it also modernizes many system components previously upgraded in OS 3.9.

Contrary to its modest revision number, AmigaOS 3.1.4 is arguably as large an upgrade as OS 3.9 was, and surpasses it in stability and robustness. Over 320K of release notes cover almost every aspect of your favourite classic AmigaOS -- from bootmenu to datatypes.
Some highlights: 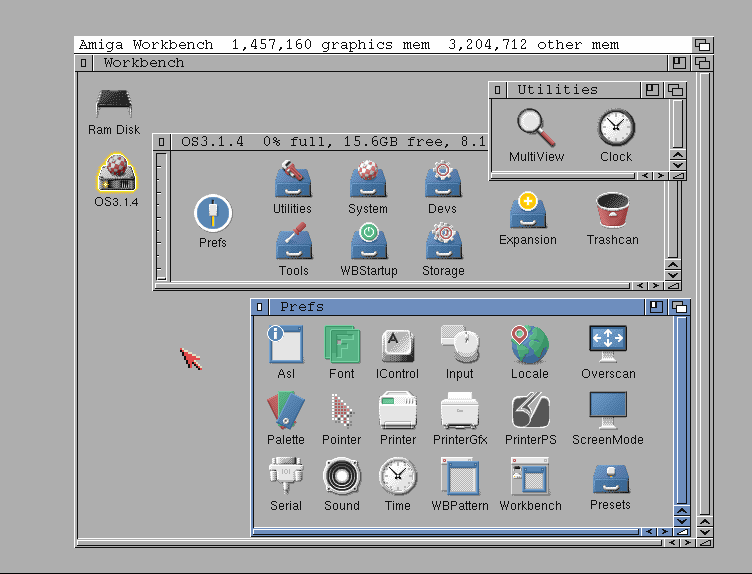 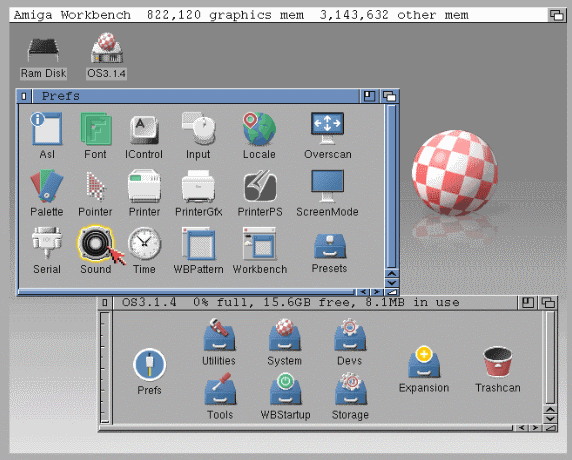 http://eab.abime.net/showthread.php?t=101514 -AmigaOS 3.2 and beyond disscussion thread.