After the success of the AmigaONE X1000 it quickly became apparent that using the PA6T CPU was not going to be a long term solution after Apple made it an end of life CPU. So unfortunately demand out striped supply and the CPU prices started to go up and so it was never possible to decrease the cost of the Nemo board, a new solution was needed to really support the Amiga platform going forward so a £1.2 Million contract was signed to ensure this and a new motherboard would be needed. Project Cyrus began, the goal was simple to replace the X1000 with the goal of making it more affordable if possible and future proof the motherboard and have long term support in place, part of the contract with the makers of the system Varisys is that the board is to have at least 10 year support and this time the CPU in PPC terms to be used was to be the very latest CPU core and the motherboard was designed from the outset to be able to use three different CPU chips this not only gives A-EON options for the future but also protects themselves with falling into the same trap.

The X1000 project was a very good learning process with how to handle the community and how to build a successful system. Taking this knowledge forward A-Eon and Amigakit overcome some of the issues they experienced with their first system. Again like the Nemo Project a beta team was selected this time of just 50 users to test for bugs and allow development of AmigaOS4 on this system to begin. In March production of the beta boards began and shipped in 4Q of 2014.

Three New Amigas? X3500 - X5000/20 - X5000/40
As discussed the Motherboard Cypus was designed to support three different CPU chips and so three models were originally planned for the next AmigaONE.

X3500 was to be be the cheapest and was to be equipped with a P3041 CPU an e500mc quad-core CPU running up to 1.5 Ghz, during the development it was decided to cancelled this model in favour for making an even cheaper AmigaONE solution which became the AmigaONE A1222.

X5000/40 is the daddy of all next gen Amiga to date, the CPU will be P5040 quad-core CPU at 2.4Ghz, a limited supply of beta board where made in late 2017 and AmigaOS4.1 beta is running on the system, but its not known when or if this system will be widely commercially available. Estimated price for a full system will be £2,000+ (this board could be the bases of X5000 Plus). 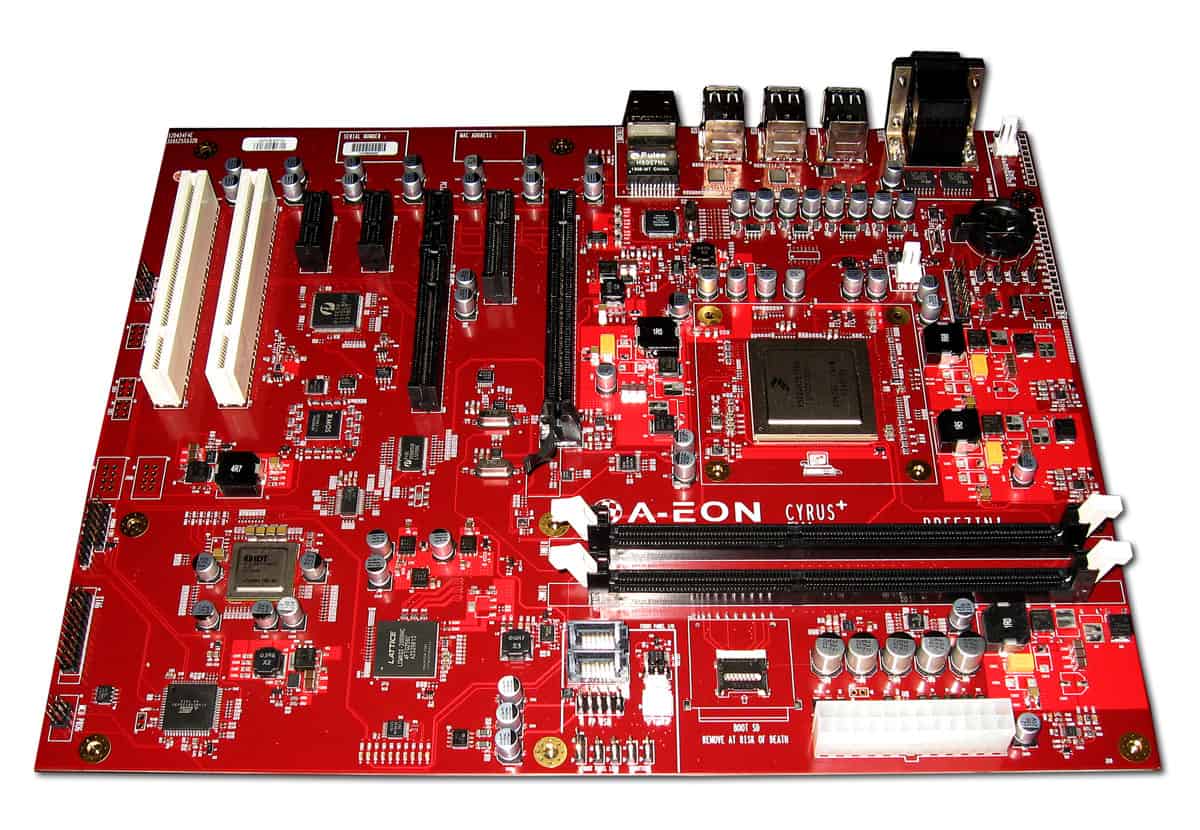 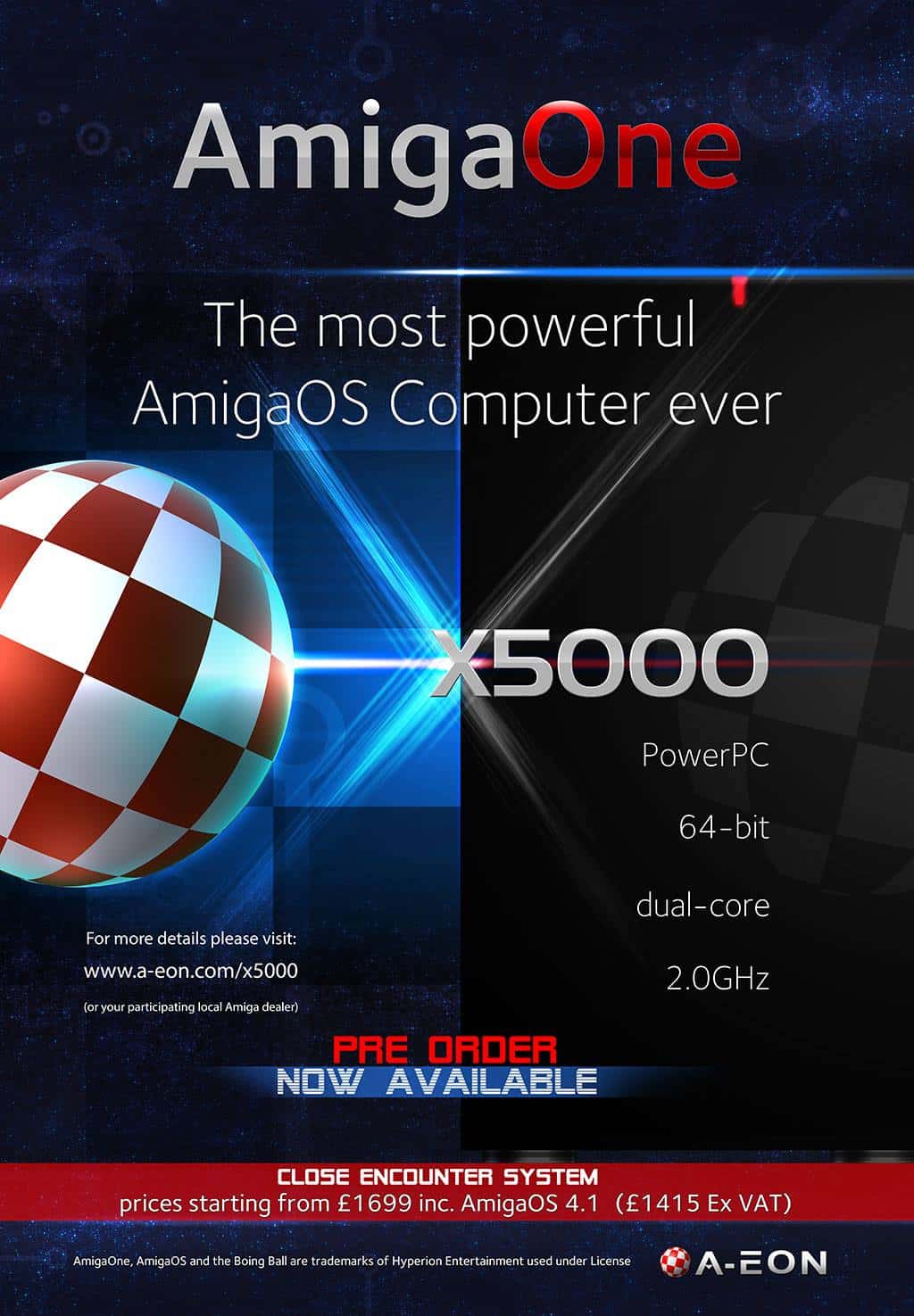 At Amiwest 2016 it was announced that finally per-orders would now be taken for the X5000. This first production run would be named “Close Encounters“ systems, a similar theme to A-eon X1000 first system "First Contact". The system includes the Cysus motherboard, a black boing ball case, this time based on Fractal Design 3300 case, with 2Gb of Ram, a Radeon HD 4650 1Gb graphics card, sound card and a DVD-RW drive priced at launch £1699, it has since gone up to £1,799. However at this new pirce it also now comes with Enhancer software 1.5, an A-Eon software product that adds a number of useful updates and tools to OS4, most importantly updates graphics supports for Radeon HD and beyond graphics cards. A ethernet card is also currently shipped with the system.

At Amiwest 2019 it was announced that a new revised AmigaONE X5000 system would be launched with the tagline Plus added to the system. The Plus version would feature a new PCIe sound card, Polaris Graphic card (likely Amd Radeon RX 5x0 card), new WiFi card, Enhancer 2.0 software suit and new custom upgrade options (likely SSD instead of a Hard Drive), plus also its could possibly ship with 4 OS setups. AmigaOS4.1, MorphOS, Linux+AmigaSys35 and Linux system all pre-setup to use. This system could also feature the X5000/40 board and be clocked at 2.4Ghz. It seems that this idea has been droped and it will be just left up to third parties to offer higher spec system. 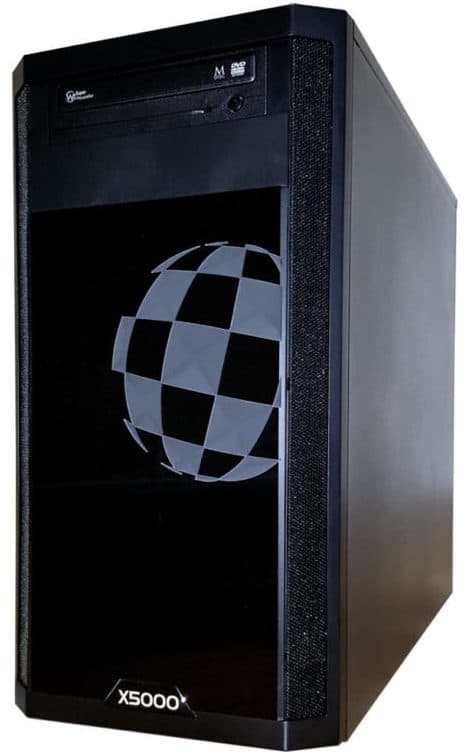 Amiwest 2013 = A-eon Speech on Cyrus
Amiwest 2019 = updates on A1222 and X5000 Plus Annoucement
Cyrus Production = Look at what it takes to build the next Amiga.
Paul Rezendes = YouTube Review of the system.