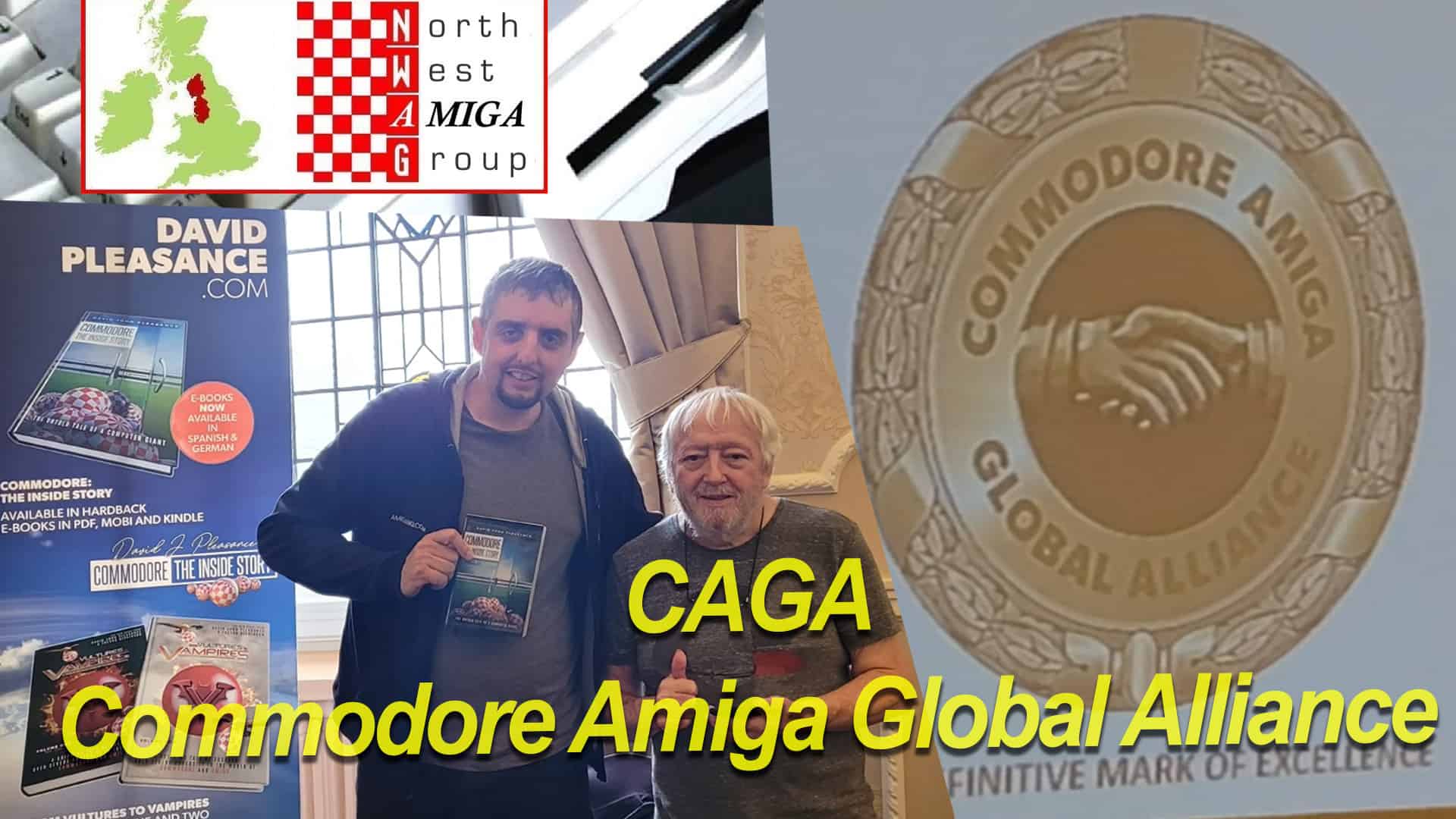 So finally after I think 3 years, if not a bit longer, got to go to a mini Amiga show/meeting.

Based in the UK, I joined this group when it was first founded and it’s nice to see that the group has now grown to 200+ members. In 2022 it’s amazing to see the scene is still so active. It was really nice to just talk Amiga, as most of my friends are bored of me talking Amiga 🙂 .

I got there for about 12 ish and left at 4pm, roughly about 25 or so people made it to the event, it was a nice place in Rochdale, Manchester. It took me just over 1hr to get to, so not too bad, the place had a bar and even put on some food for us Amiga fans, which was nice, it was £3 to attend and had about 5 tables set up showing different Amigas, mainly playing video games.

I did take a quick video of the event and then recorded a small presentation by David Pleasance (Former Commodore UK Boss) purpose a new project/idea for the Amiga community.

The main goal would be a central website for all Amiga communities, to try and bring them together more, raise the profile of groups, projects and meetings that happen in the community. Raise funds for above groups / projects that the founding members think require it

Have a “War Chest” fund for bigger projects and goals (example given was getting a Commodore Movie made).

But you could become a CAGA Supporter, this would be Annual Subscription of £30, for the first year signing up you get digital copies of Commodore inside story, Amiga alive and kicking Documentary, Vivi Amiga Remix Documentary, everybody girlfriend music, C64 game Cosmic Force, and Discount to future products (likely Vampire Books as a example say in the following year)

Slightly more for business to be become a member (they would get extra befits like advertising, help with projects etc)

What you get for that money is the free stuff listed above, vote on where the money should go, inside info on projects that CAGA supports and possible Discounts to future products or shows that CAGA sponsors and use of the CAGA logo and resources.

So I think it’s not a bad idea and if you haven’t got the stuff listed in the first year of goodies its a bargain.

I Personally think i would definitely sign up for the first year, see how it goes and what it achieves would be the deciding factor of weather or not Id back it for another year but sounds like a pretty good idea and it’s basically trying to cut out Patreon / Kickstarter / Eventbrite that all take a pretty big cut and instead of these platform having that, make the money go further for Amiga projects basically.

I do understand people who may be unsure, I’ve been burned before on projects, (wings for os4 anyone? X1000 free AmigaOs4.2 anyone? ) plus I do wonder what ever happened to http://www.amigabounty.net I’m sure it had a few thousand pound bounties in limbo, what happened to that money? https://power2people.org/projects/overview/ Same thing some of these open projects have been like that for a decade or more, money just sitting there.

It kinda does feel like it could be history repeating itself, I likely wouldn’t back this if it was not for the freebies and the person behind it so far deliveing on products.

Buts it is going to have to prove its purpose within the first year to keep me a on going member if the idea happens. I think David hart in the right place to try and bring factors together and get some money into projects that need it.

So basically I just wanted to say it was nice to get together and see the community active and just to reassure myself I’m not the only nutter out there! LOL

So if you live in the North west of the UK, join up and hopefully we will at the very least have a annuale Amiga show in this area of the UK. Thanks to all that made this event happen.