One of the really cool features of AmigaOS was its customizability to how the OS could look and even function, this was expanded on by the community and third party apps such a Magic User Interface (MUI) that really allowed you to make the OS your own. Partly due to the lack of official OS updates between AmigaOS3.1 to OS3.5, a lot of community self made efforts appeared that massively updated and added functions to the OS, many of these third party tools did become part of the OS but some didn't due to copyright and different right holders. Even after the AmigaOS3.9, the community continued to add functions to the OS. Due to the wide ways you could set up AmigaOS and to help new starters interested in Amiga, Pre-Configs setup have become popular in the community. This page will look at the main pre-config OS / Distro available to download for real and emulated Amigas.

AmiKit is a compilation of 420 pre-installed and pre-configured Amiga programs (Amiga software built for Motorola 68k CPU) running on Windows, macOS, Linux computers thanks to integrated emulator (WinUAE). It has features such as Rabbit Hole that allow the OS to run Windows or Linux app on top of the emulator. It really demonstrates a modern retro Amiga desktop showing how far ahead of its time the Amiga software design really was, AmiKit is what you want, without the end user having to set it all yourself. It's not really designed for Real Classic Amiga systems, but for people who own PC and Macs, with that being said there is a version made for Vampire FPGA system. The ease of use and support is very good and most likely the easiest setup to get running on these systems. (requires AmigaOS Roms). In 2021 Amikit also began supporting Pi image, for details on that version visit Pi Image page. 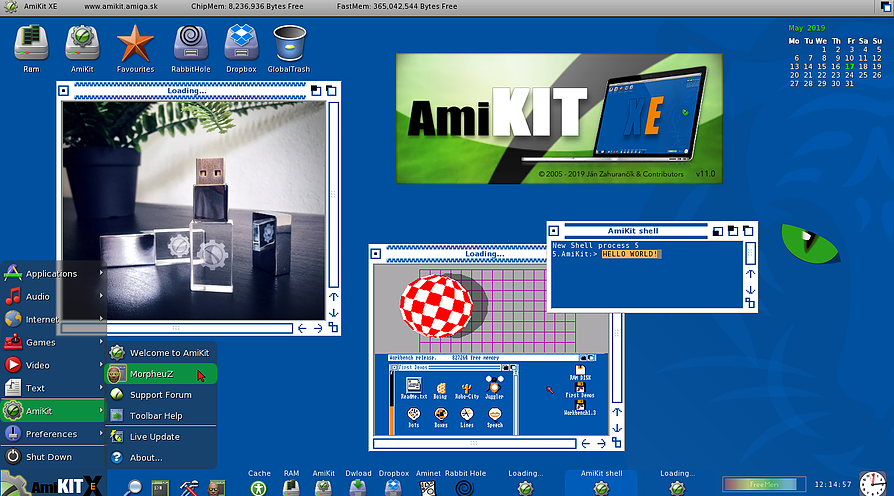 Designed more for real Amiga unlike Amikit, this has many setup and solution for different spec systems, Lite (a smaller front print snappier version of the setup). Full (the full setup version) ADV (test system, recommend for experience Amiga users) P96 (graphic card equipped Amigas) UAE (emulator focus version) Os3x (update for people who own OS3.5 or OS3.9) 68k (Designed for Low Memory, low Spec Amigas). Again many pre-installed and pre-configured Amiga programs are part of the setup. There are a lot of detail instruction on how to get this system running on real Amiga and seem to be one of the favourite for the community.

BetterWB main aims is to be more like a enhancement, or updated extension to AmigaOS 3.1, without all those hardware requirement penalties typically associated with the other packs. Again largely focus on working on real Amiga hardware, there limit GUI changes and eye Candy involved in this setup to keep speed of the OS up. 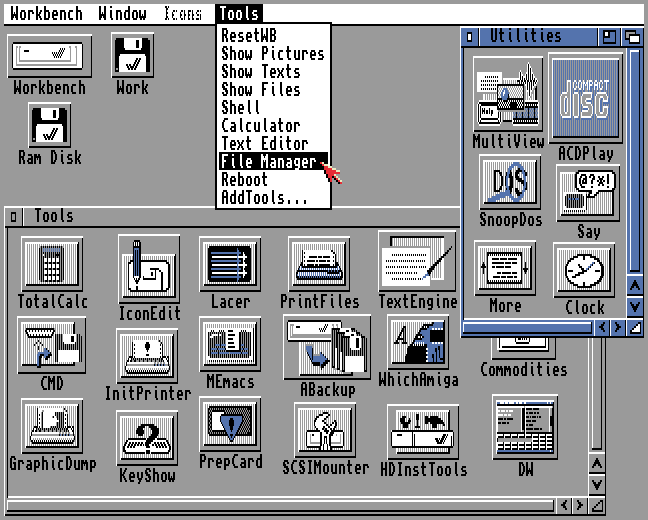 Another popular Pre-config designed at the high end Amiga classic systems or emulation. AmigaSYS has had 4 major releases and a special 35th Anniversary version was to be part of the triple AAA pack, no information of updates has been made about a new version. The config also befitted by being part of Amiga Forever package allowing for an easy one click install and setup for people who own that package, however since 2020 it has been removed as an option. Its not known if a future version is still planned, will update when I know more. 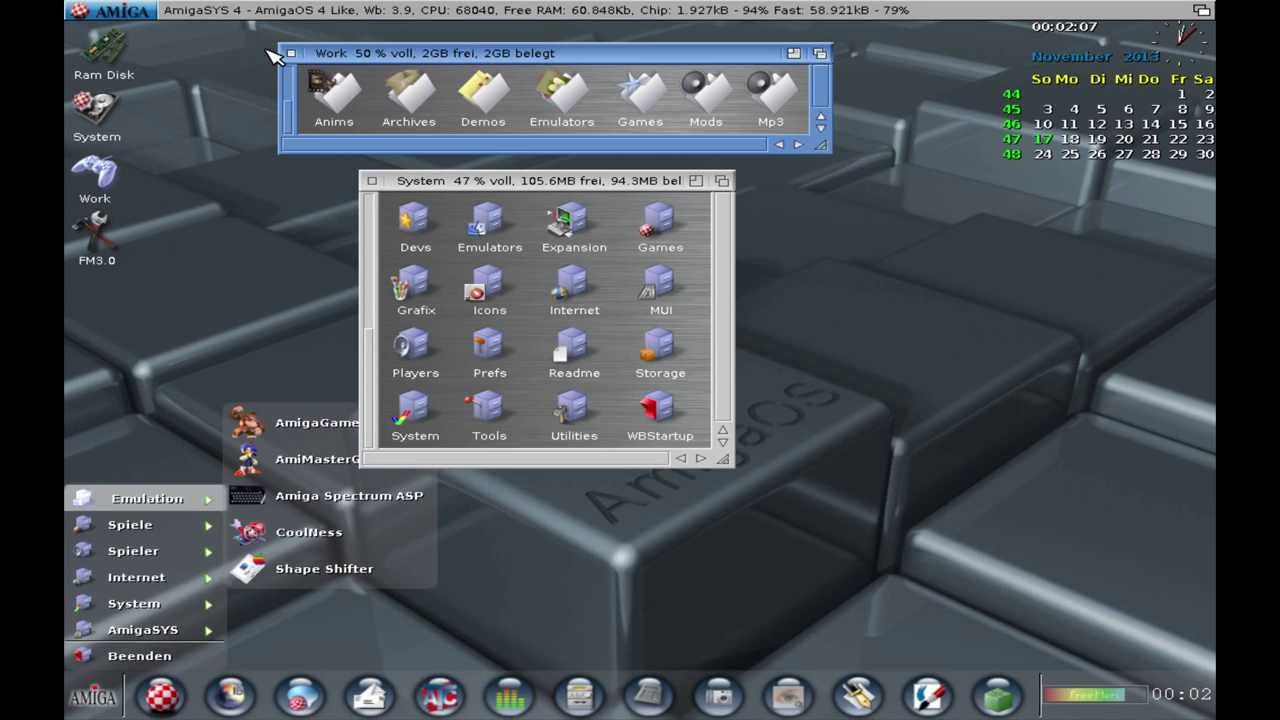 Unlike the other efforts on here that are largely about adding more features to AmigaOS, this effort is Gaming Focus and designed to make the AmigaOs invisible and take you straight into a nice easy navigable menu that gives you direct access to Amiga games. Arcade Game Selector program allows you to navigate a library of games like iGame, but in a full screen app and can work/navigated with just a simple Joypad, it has been used a lot to make CD32 compilation CDs. MegaAGS is designed to be the ultimate amiga game collection hard drive, mainly targeted for FPGA Boards like the Minimig but can work on classic Amiga and emulation systems.

Cost: Free...But also due to the games license illegal unless you own every game on here 😛

Size: 6Gb / Designed for FPGA Amiga but can be used on Real & Emulated Setups.

https://www.youtube.com/watch?v=EhIOntNsBJg -Video about the setup. 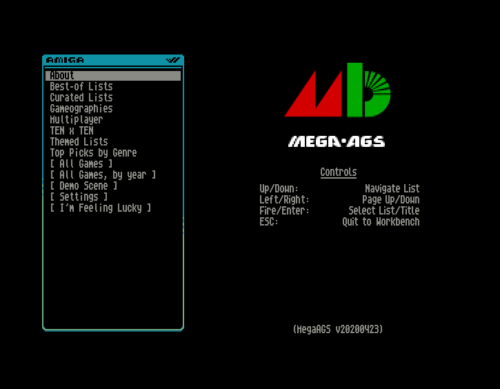 There are many other pre-configure / Distro for Amiga systems, some have not had any development in a while, some have or being designed for one purpose, like being designed for just Vampire / Apollo equipped Amigas. If you know of any others or want it covered on this page then let me know. Below are links to some others I'm aware of.