In 2000 Hyperion and Eyetech approached Amiga Inc with the idea to allow them to continue developing the Classic AmigaOS, as it looked as if Amiga Inc it self had little interest in supporting the classic range of Amiga any more or continuing work on the AmigaOS, they had moved on to develop a whole new OS, AmigaDE or better known and later rebranded as Amiga Anywhere.

The plan for Hyperion and Eyetech was to finally produce the AmigaOS to run completely natively on PPC CPU, the transaction to PPC had already started on the Amiga way back in 1997 and the classic lines A1200 and A4000 had access to PPC upgrades however they where never official supported and due to this there was very little support for the platform, Hyperion and Eyetech hope this would change with introduction of new hardware and more importantly having the OS completely 100% natively support the platform.

The AmigaONE project was announced, originally it was intended to allow users to connect a A1200 to the board to maintain backwards compatibility and it should have allowed OS development to be quicker due to having still access to original hardware. However the plan was changed when its believed development of such a system proved difficult to implement both in hardware and software, so instead Eyetech decided to use Teron CX evaluation motherboards that were PPC based.

The first system produce was the AmigaONE G3 SE released in 2002 and sold as a developers only motherboard as at the time of launch OS4 was not available, however linux was sold with the machines. As AmigaOS4 was not available there was very little uptake of the boards and due to some hardware issue and limitation, like the G3 600mhz CPU being soldered on to motherboard gave it a very limited life span. In 2004 the fist beta of AmigaOS4 finally became available for this system, in response Eyetech launched the AmigaONE XE basically the same motherboard with a few fixes and had a CPU connector. It was sold with a cpu however, a G4 PPC chip at 800Mhz and a limited run of over clocked version shipped at 933Mhz. This did come with AmigaOS4 Beta but it was not with out its issues both software and hardware again this was not a consumer ready product so again there was little uptake of these systems.

As OS4 progress finally seemed to be picking up Eyetech decided to make a proper consumer motherboard that would be cheaper and offer on board graphics, ram and audio (audio had been a problem on A1 motherboards), original planned to be named AmigaONE Micro, but due to AmigaInc not actually confirming that the system could be called AmigaONE or run AmigaOS it was named microA1 its not quite known what happened, but it seemed at the time late 2004, Amiga Inc own developed OS was not going to plan so started to take a interest in its other properties it had out sourced the AmigaOS most likely hoping to make money out of this.

Anyway the MicroA1 became the last AmigaONE available this was largely due to the main suppliers of the motherboard chips MAI Logic Inc going bust, but also the change in attitude at Amiga Inc didn't help, by 2006 Eyetech decided to pull out of the Amiga market which was most likely at its lowest point. Due to a legal battle between Hyperion and Amiga Inc the AmigaONE name could not be used on future hardware until 2010 when they finally made a settlement between the two parties. Owners of the Eyetech AmigaONE's have had a very difficult life making do with sub-stranded hardware and beta level developed OS for much of their life, however all owners did get AmigaOS 4.0 for free and received a number updates to it and another company a-cube (the company behind Sam systems and official disputers of the OS) offered repairs and upgrades for old AmigaONE owners. In September 2008 AmigaOS 4.1 came out for Eyetech AmigaONE systems, this fixed a lot of long issues and needs for a modern OS. The motherboards are still fully supported by Hyperion even long after Eyetech stop producing them, with OS4.1FE coming out for the systems in 2014. 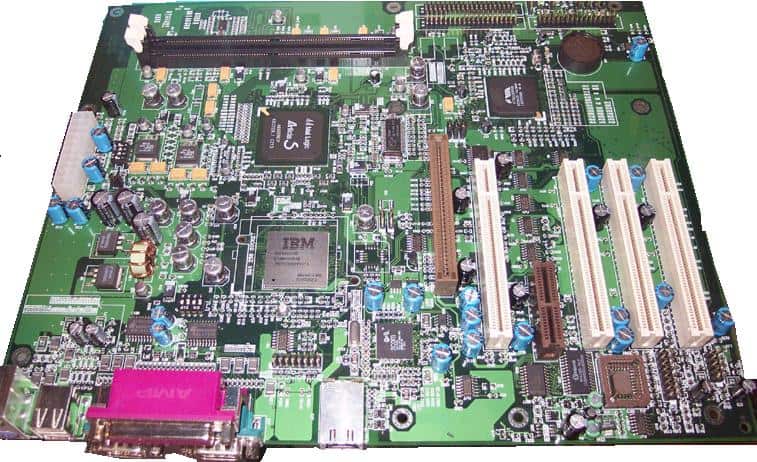 This system was sold only as a developers machine and was only available for about a year before it got replace by the more powerful and expandability A1XE.

This system was designed to be a replacement of the A1 SE and offer the community and OS more power. The main A1XE system came with a G4 clocked at 800Mhz but a very limited run of XE where sold with G3 CPUs running at 800Mhz or overclocked G4 at 933Mhz. A-Cube would later offer an upgrade to a G4 at 1.2Ghz. Both the XE and SE share some hardware issues from no audio chip being on the motherboard to USB problems. A-Cube would also later offer to try and fix some of the hardware issues and became the unofficial supporter of the product when Eyetech folded. 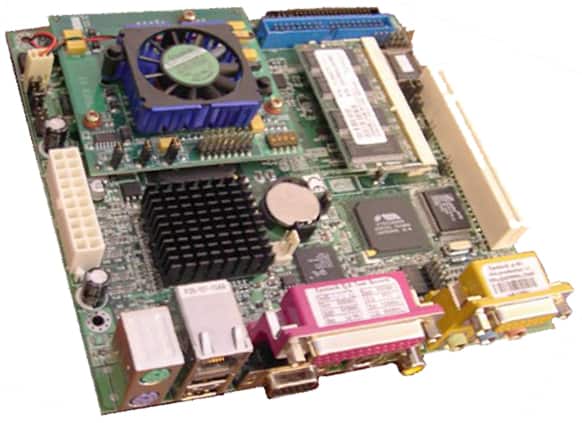 The main differences to this and the A1XE was its size, no longer ATX standard but based on the micro ATX which means the motherboard was only 17cm by 17cm in size. It also included on board graphics and ram. The micro system was a little more reliable than previous AmigaONE in hardware terms and by the time the system had arrived on the market OS4 had also improved, the problem was production, not many were made due to difficulties in obtaining both PPC chips and motherboard chips. Also the integrated graphics chip became quite dated and limited to 64mb, it was enough to run some basic apps but most owners had to add a graphics card to get the full use of the system.

All AmigaONE systems can run both OS4.0 and 4.1 and are still fully supported by Hyperion. Linux PPC edition where also ported to the system, Suse Linux, Yellow Dog and Debian are all supported. You can also run Mac OS X on the AmigaONE system via Mac on Linux. Compared to the A-Cube Sam system the AmigaONE still hold their own in terms of speed of running application, even the new Sam460 will only just be as quick as the AmigaONE XE with the 1.2Ghz upgrade that was available.