Amiga Anywhere is a simple software layer which has been in development from Amiga Inc since 2000 and has been its main product. The software layers run on top of Tao Group Elate embedded Operating System. The main aim for Amiga Anywhere was to allow developers to make one application using the layers to make software that would be completely system independent and that it could then run on any type of hardware and device that the Amiga Anywhere software was ported to. AmigaAnywhere used to go under the name of AmigaDE, DE stands for Digital Environment, but was renamed so consumers and business could better understand the product in 2003. Before the renaming however Amiga Inc did launch a few products under the DE name, first the AmigaDE SDK (Software development Kit) for $120, this was sold to developers to start writing applications for the new OS. First available on Windows and was later followed by a Linux version.

The product did seem overpriced, so to sweeten the deal Amiga Inc offered a free T-shirt and $50 coupon off either a AmigaONE or OS4 which later would cause a bit of a stir and rift between Amiga Inc and the community but this is another story for another time. The following year Amiga introduced the Amiga DE player for $20 which could run on Windows, Linux, Windows Mobile, and PalmOS. It came with a few sample games and they also launched the Amiga DE shop. 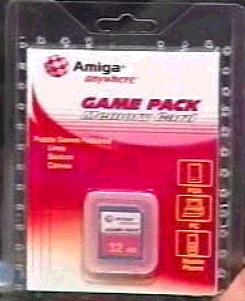 The DE player is NOT a standalone OS, think of it like an Mp3 player, but rather than playing Mp3, this runs Amiga Anywhere games/software files on it. So far the Amiga Anywhere has 67 titles, each of which aren't that powerful, most of the current titles have been designed for low powered devices such as Mobile Phones. Amiga formed many 3rd party partnerships, most notably with Sharp and later Blackberry, however many of these partnerships never fully realized, interest and development of the Anywhere platform slowed over the years. In 2008 Amiga Anywhere 1.5 was released and Amiga Inc did do one last attempt to get the Amiga Anywhere platform to work, they boldly announced that Amiga Anywhere would be renamed AmigaOS5, that it would be better than Mac OS X and Amiga Anywhere technology would power the OS. Due to some community backlash and possible due to legal reasons this was soon renamed Amiga Anywhere 2.0. The shop games and apps on the store now included the Amiga Anywhere Player with any purchase, plus classic Amiga titles began to appear on the site. The final release for the platform was Amiga Snowman Maker and made it clear that Amiga Inc was now a shadow of its former self.

The idea was sound, as this was before the big apps stores of Apple App Store and Google Play entered the market, but it was clear when the big two tech companies got their act together on App stores there was very little room for a competing store / solution . Amiga Inc closed its website and its unknown if there are any future plans for the Amiga Anywhere platform, 2.0 never was released. Below is an old demonstration made on Tech TV back in 2005 by Bill McEwan on the screen saver. 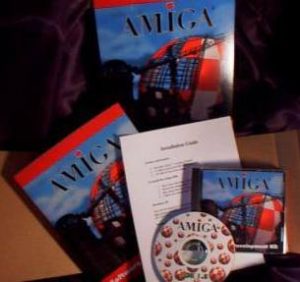 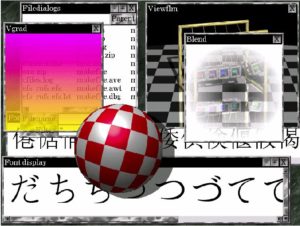