Also known as the Mind Walker was Escoms attempt to give the Amiga a much needed upgrade, developed from late 1995 to 1996 it was mostly based on existing Amiga technology, with a the usual custom ship set from the AGA line up, paula, etc. Escom had just got the A1200 and A4000 back in production and back in the shops, but the problem was these computers where now 4 years old and most computers at the time you started to expect a hard drive and a CD-Rom drive these things still did come with the Amiga as standard. So Escom decided rather than spend two or three years developing a whole new computer and OS on all new hardware, it was better to give the Amiga a quick sensible upgrade that would support legacy Amiga hardware and be spot gap measure before a true next generation of Amiga would be required. The Walker was first shown at CES 1996 and got quite a bit of interest in the Amiga world, it was a very sensible next step, it was due for the end of the year, but already at the time of the Walker revealed, Escom was having financial difficulty, expanding too quickly, and consequently went backup.

The design of the Walker was quite radical and unique for a computer in the 90s, with it needing a hard drive, CD-Rom and better expandability options the usual all in one keyboard design was thrown out. The Amiga community at the time was a little hard on the design saying it looked like a hoover or dearth Vader, I personally always like the design and I think the test of time really holds up on it, even today I think its a better designed than most mini Computer towers you can buy. It was a bold design for Escom but I think it was a good one to go with to keep it different from a standard PC box and it would certainly stand out in the computer market. Below are picture of the Amiga Walker. 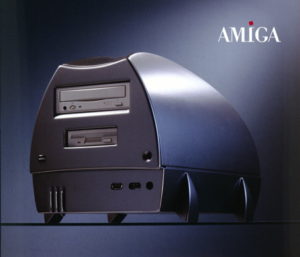 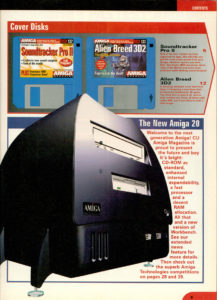 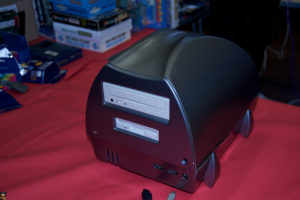 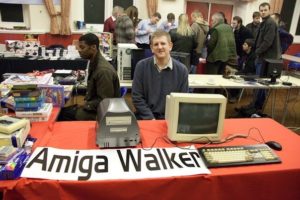 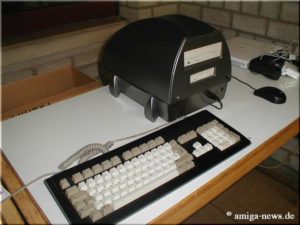 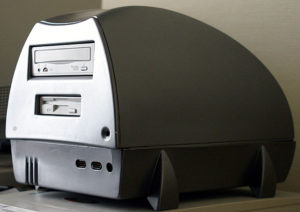 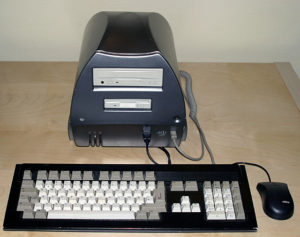 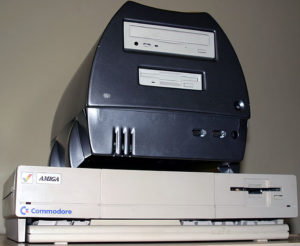 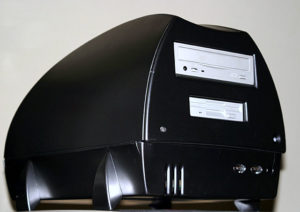 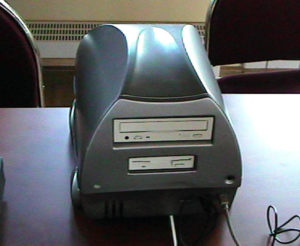 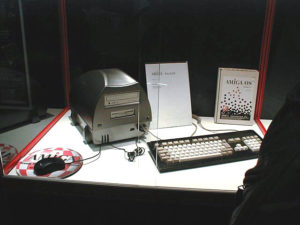 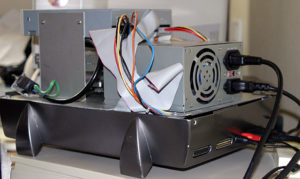 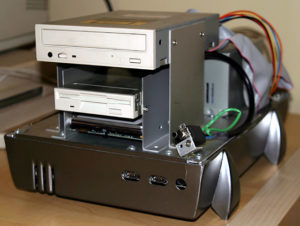 I have also created a 3d model in Google SketchUp program, which you can view and download here

It was to be based on the Motorola 68x series CPU the prototype featured a 68030 running at 25Mhz, a FPU 68882 running at 25Mhz, it would include the AGA chip sets, 2mb Chip Ram, 4mb Fast Ram, 240mb IDE Hard Drive, 1.44mb Hd Floppy Drive, and a 4 speed CD-Rom drive. The board also featured PCI, a first for Amiga at the time and would've allowed cheaper PC add on cards to be added to the system if needed.

If the Walker had come out I think it would have been a difficult computer to market, it was going to be a lot pricer than an A1200 yet still cheaper than your average PC at the time, likely cost at least £700. It was still clearly aimed at the home computer market not a serious business machine you could tell that by the design. However it would have been up ageist Playstation and N64 in the gaming market and then the more powerful games on the PC and the one thing the Walker spec did lack was 3D grunt, a GFX upgrade would have to been a priority for the Amiga.

However with that being said the the spec on paper would have been enough to run some of the big games of the time like Doom, Myst, TFX, Theme Hospital, Z, Command and Conquer all could of ran on a system like this (as proven by the fact that later most of these games did get ported and ran on an expanded Amiga system with this spec), but lets just say it would have been difficult to keep up with gaming wise.

Serious side, well a hard drive as standard would of made the Amiga a much better serious computer to home users, Wordsworth, Photogentics, Ppaint, Datatype, Pagesetter etc would of all benefited from the hd and the extra speed and ram, but again Microsoft had made the world think you need MS office application to be productive and again it would of been a tough market to break. CD would of cut down piracy a big problem on the Amiga too, and a big factor as to why Amiga support dried up so quickly after Commodore when under.

I think its a 50/50 of this computer being a success, but one thing that would of helped it a lot if it came as standard would be the Internet, it was just starting to reach homes around the world at this time on dial up and as proved with Escom A1200 surf pack they made, it got a lot of attention for being one of the cheapest ways to connect to the net. The walker might have been a great internet computer with enough power under it to get the early days of the Net working.

Price would have been key and then there the expandability options, this was also going to be the first Amiga computer you could just buy the motherboard on its own and build your own Amiga. Companies might of made many different configurations based on the Walker board for each market, which Escom also express interest in letting other companies do this, so this might have been more successful than the complete system. If this system had came out the Amiga market would of at least stabilised to what it was in 95, it certainly would of been interesting.

Below are some scans from Amiga magazine coverage of the Amiga Walker. There was more published in these mags and across many issues, so if you can get some old amiga mags from summer of 1997 for loads more details. 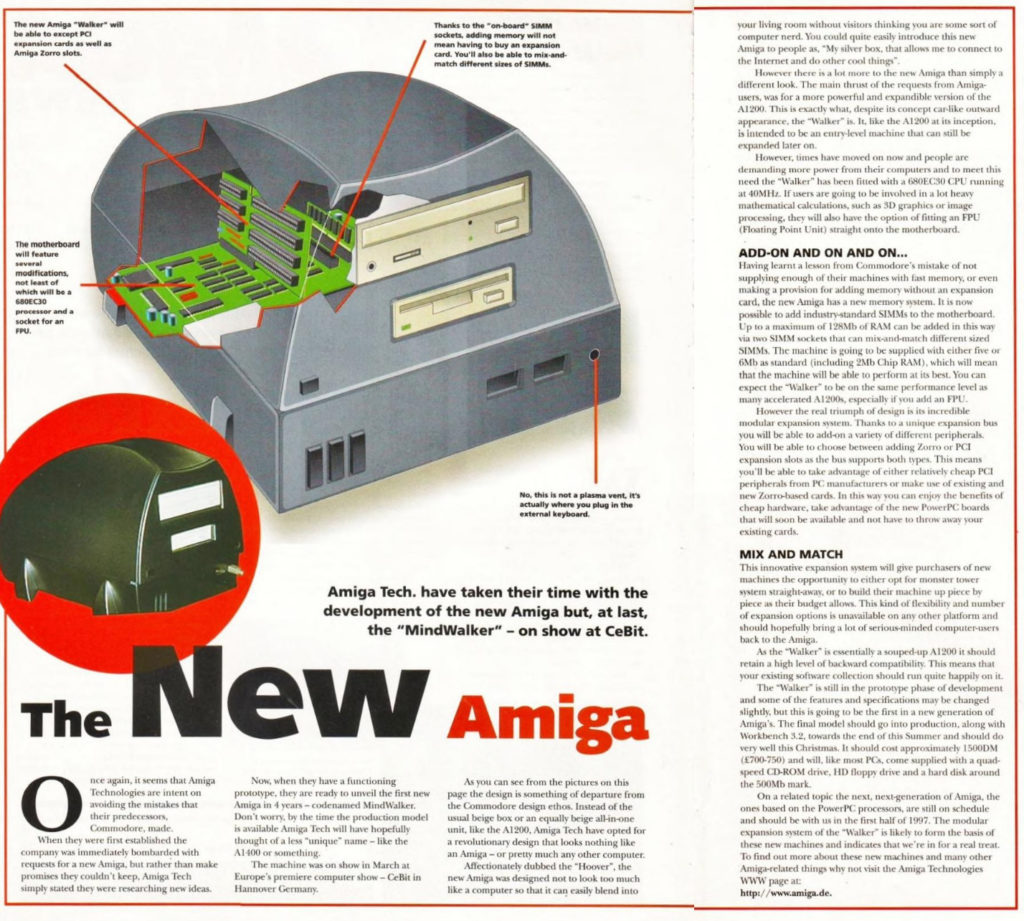 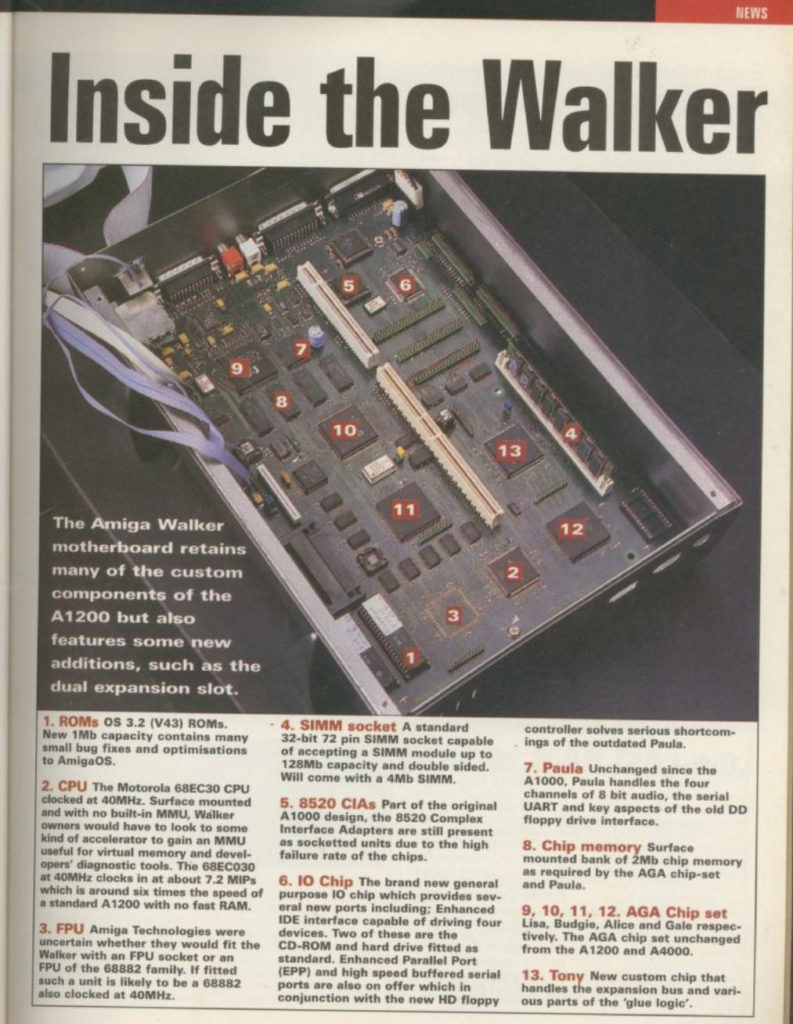