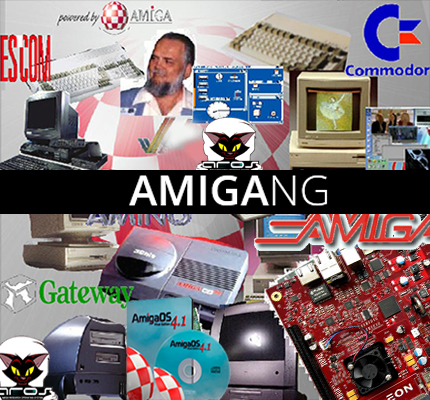 So I thought I start my first report with a general write up of how I ended up here. Way back in 1988 I believe my parents got my brother and our household our first computer. It was a ZX Spectrum over the years my brother got literally hundreds of games for it but I never really got that hooked on the games, the thing that interested me was creating stuff on it, from making it make a simple beep noise to making full little games I loved programming and seeing the result, so my brother ended up getting a game console (mega drive) after the spectrum but I still wanted a computer and a computer that was known to be a good game programming computer, this pretty much lead me to the Amiga, I had heard about how easy it was to make games on with programs like Amos and Blitz Basic so I wanted one, this was around about 1993, so I managed to save up some of my birthday money and much nagging to my parents I got an Amiga A1200 for xmas 93. 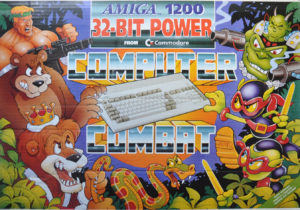 Most likely the best present I ever had. I had so much fun just playing around in Personal Paint etc this was a big leap for me from the spectrum, I had used a PC with windows 3.1 I believe before I got an Amiga at a friends house but wasn’t all that impressive, even less so after I got my Amiga. So I got it for building and creating games but it also opened me up to new gaming experiences that I hadn’t really seen on a game console, games like Theme Park I remember was one of the games I really got into, with me into creating things I really loved the fact you were able to make your own goddamn theme park it was great fun. Point and Click Adventure games like Simon the Sorcerer and Space Quest were again games you didn’t normally see on a game console. But I think I also just generally enjoyed a mouse controlled game over joypad ones, games like Cannon Fodder, Lemmings, Worms, Syndicate etc because I just felt it gave you more control. Another new gameplay that I got introduced to with my Amiga was real time strategy game with Dune 2, this was another big favorite of mine, again the building/creating part was fun to me but it added the extra bonus of blowing things up! This was one of the few game plays I would really be jealous of PC owners getting with the likes of Command & Conquer etc. So anyway after all this I didn’t really ever get down to programming on the Amiga, I did get AMOS with a mag and blitz basic but found it little harder than the ZX spectrum basic GOTO 10 commands, I think this was also due to the fact that with the speccy we got a load of programming books but I had nothing but the bare basic hello world guides for these programs, so i got more into just the creative side rather than the programming one, I got SEUCK (shoot em up construction kit) and I remember making a few mini games on that, later I got Reality, which again offered you the ability to make games without programming knowledge and I remember even getting the first person shooter Fear over Gloom and Alien Breed because it came with a 3d maze editor which I must admit had a lot more fun with than the game. So time was flying by and while the world was switching to PC in 97 and 98 I was more than happy with my Amiga, exploring new type of programs I had so much fun with such a vast array of programs when ever I got on a PC all I ever found to do was to mess around in word, or ms paint or play mindsweep none of my friends seem to have any thing like my amiga programs on there PC, I remember being slightly impressed by a few games Doom and Magic Carpet but the software side just seem so dull. But I realized that my Amiga was getting pretty dated by the end of 98 and there was this thing called the internet I got introduce to at college so I started saving up for either a PC, Mac or a new Amiga, when I read the news that Gateway had plans for a new state of the art new amiga multimedia internet machine I was really looking forward to it, at this time I was at college doing a computer course so spent a lot of my time looking all over the internet for information on the new Amiga, but was surprise to find barley any coverage of it on Amiga sites so I took it on myself to build my own website to cover just the new Amiga, it also would help me with the assignment I got which was build a website. 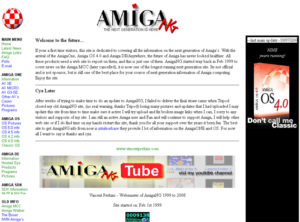 So early 1999 AmigaNG got launched, when the AmigaMCC got canceled I was pretty upset, more with the fact that in order to do homework at home I needed a better computer and so bit the bullet and bought a …….Power Tower Amiga!! Yep I just couldn’t leave the Amiga scene just yet especially when I was really looking forward to the RTS game Napalm, I now had a 68040-40Mhz, CD-rom drive, 32mb Fast ram, 12Gb Hard drive, this was a great machine. As it happened I got the system second hand pretty cheaply and so the following year ended up getting a cheap refurbished PC for just that homework that had to be done with Microsoft software. During this time I kept AmigaNG up and running in the hope that something would be announced because even with my Power Tower Amiga I could see just how quickly things where advancing elsewhere in the computer world, games where all pretty much in full 3d now, I started seeing more and more programs and features on both the Mac and PC that I just couldn’t do on my beloved Amiga, but there was hope, Amiga had been sold again and Amiga Anywhere idea sounded pretty cool as well as news Hyperion and Eyetech where working on a new PPC version of the OS and new hardware. But development on these fronts were very slow and things I heard from the community didn’t sound that good. Hardware was very buggy and unreliable, software was also very buggy. Amiga Anywhere didn’t really get anywhere and when the last big major Amiga mag on the news stands left, Amiga Active, I decided maybe it was time to stop dreaming.

So 2003 I got a dedicated new PC, put away my Amiga and I kind of slowly drifted away, AmigaNG pretty much all but ended. I kept following the Amiga progress on web forums but it was a great shame to hear of all the problems that were going on with Eyetech pulling out of the Amiga market leaving no hardware for the AmigaOS, that was finally showing signs of becoming a full modern OS, then the legal battle between Hyperion vs Amiga Inc cast an even darker cloud over the Amiga world. During this time other Amiga like OS where developing MorphOS and Aros but neither of them really got my attention back then, I think Aros was just too basic and MorphOS kind of passed me by, the thing that made me still interested in an Amiga come back was largely Amiga Forever/UAE. Yep it sad to say it but my PC could emulate a faster Amiga than my real Amiga and even emulate things like graphics cards which I never had on the Amiga, this kind of felt like the new Amiga with the stuff I could now do on it, in late 2009 I finally heard about the legal battle being over, new reliable hardware was out and the OS was reportedly a lot less buggy and more complete with a modern browser and other much needed software either was already out in the market or being worked on. In 2010 I re-entered the Amiga world, started following the news a lot more and the new momentum that AmigaOne x1000 brought so again I searched all over the net on this new machine for news and again came to the conclusion that AmigaNG needed to be brought back. 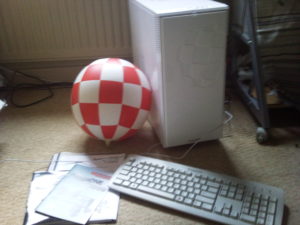 February 2012 I finally got what I kinda been dreaming for, a new modern Amiga, the AmigaONE X1000 & AmigaOS 4.1 really did make me reconnect with the Amiga community and get back into playing around with the Amiga system. It did feel like a mini revival for the Amiga market, or at least the OS4 market. With a Firefox port being made, Blender a 3d app getting an updated port, Kid Openoffice promised, the excellent Hollywood & Hollywood Designer program that allowed me to get back into programming and creating again. Plus setting up ScummVM on the system and how good the port was it finally let me play and complete the Space Quest saga that I started on my Amiga as a kid all them years ago.

It kind of felt full circle. However as always plans for Amiga revival never seem to go plan and hardware source for the X1000 was limited and price was never able to come down so again the Amiga market was left without a true next gen solution and I feel some of the key software guys left the Amiga scene, the OS4 market does seem to be struggling again at finding its mojo, I’m still enjoying it, just wish the Browser could be kept up to date with modern standards, I would use my system a lot more if that was the case.

2015 however was to be a special year, it was the Amiga 30th!! I had planned a holiday for America at some point and this seemed like the perfect time to go, not only to visit silicon valley, but see san francisco for the first time too. It was great being in a room with all the Amiga guys watching an Amiga film and all enjoying the Amiga. I think because of that and the rise of low cost cheap mini computers like the Raspberry Pi, more and more people are looking at the retro scene for fun and the Amiga has seen a bit or a revival in that market.

So here I am, I hope you enjoyed my little story on my personal Amiga ride I have had, most likely missed out on loads of stuff that happened but I’m just glad to be back even if it is just as a hobby I can’t seem to give up the dream of using a modern Amiga again as my main computer.. So I hope you enjoy the site.