Within the retro scene their has been a rise in replications of retro machines, the most popular of these was the mini nes by nintendo, they soon followed that up with mini snes, then the market saw sega and sony also release mini retro console. This also brought about full size replicas as well. It was only a matter of time that the market would shift to other platform beyond just the reto consoles and the bring back retro computers. The Commodore C64 mini arrived and was also successful, it shortly followed by a full size C64 replica.

Each one of these products usually a ARM based system, Pre-config hardware/Software that would featured around 15 to 60 games/titles presetup to play. Modern standards would also be added to these systems, such as hdmi connections, usb ports. Replica of the joypad that would come with these devices would also usally be supplied in the C64 case it came with a replica of the competition pro joystick.

So it highly likely that even if its not this company or not an Amiga teased, then its only a matter of time we see a system like this, indeed it kinda already happened, the Armiga was a small all in one device the size of a floppy disk drive that ran a Amiga emulator on a Arm board and allowed original Amiga floppy disk to run off it ( more here https://amigang.com/hardware-emulated-amigas/ ) I expect we see something very similar. 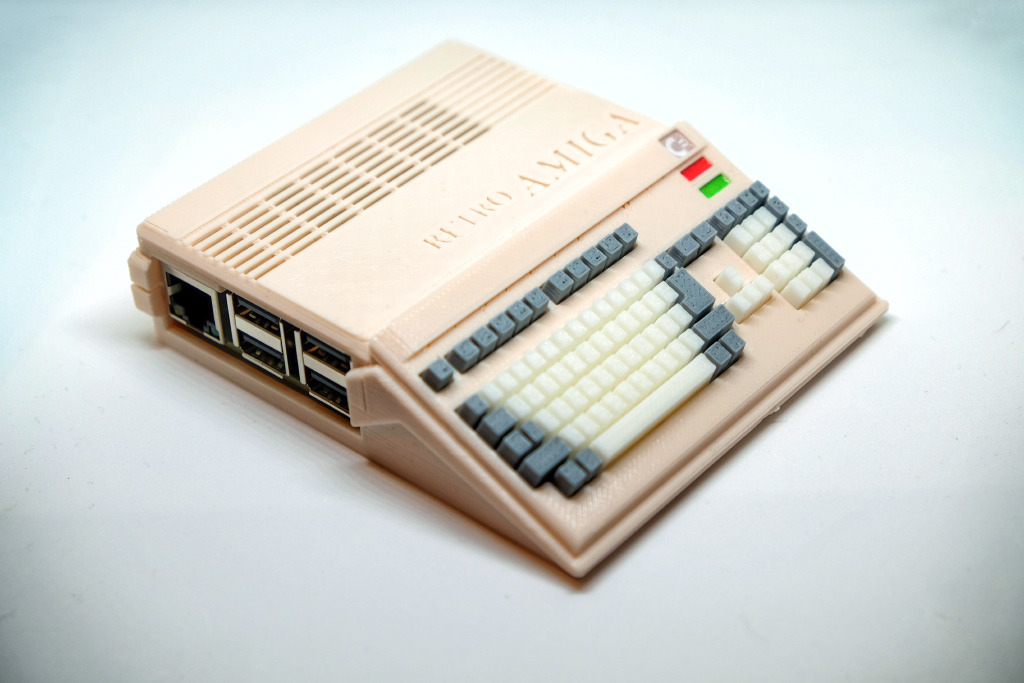 However I believe this type of product would be slightly more main stream and be more consumer friendly, better built, supported and most importantly marketed in big retail stores that current efforts haven't quite achieved.

An important part of the Amiga over most of these past replica systems is it is much more complete and modern Operating System and has things like mouse support, plus some of Amiga most famous games where mouse based ( Lemmings/Monkey Island etc ) so I feel a device like this should feature both a joystick and mouse. Plus maybe expanding the system beyond just games and included some serious applications like a paint program would be nice. Its likly that the system would come with the same joystick that come with the C64.

At the moment Its not clear if this will be a down sized mini version of the Amiga or more a full size replica, I will update this page on any progress of such system.